Last month, Taylor Swift was surprisingly named “New York’s Tourism Ambassador” after living in New York a little less than one year! Obviously, Swift got an ear full from New Yorkers and harsh critics who do not approve of her getting this honor. However, Billy Joel is helping Taylor “shake it off” by telling USA Today that he welcomes the singer, “You snoots. Let her in. That’s what New York is all about. I say, ‘Welcome.”

Swift just released her new album 1989 with Welcome To New York as the opening track. Billy Joel praises her ability to write songs and inspire people with her music, “She catches a lot of junk, maybe because she’s so popular with young girls,” he continued. “But I like what she’s projecting. I respect what she’s doing.”

Who would have thought Billy Joel would be the one to openly and publicly stand up for Taylor Swift?! We love it! 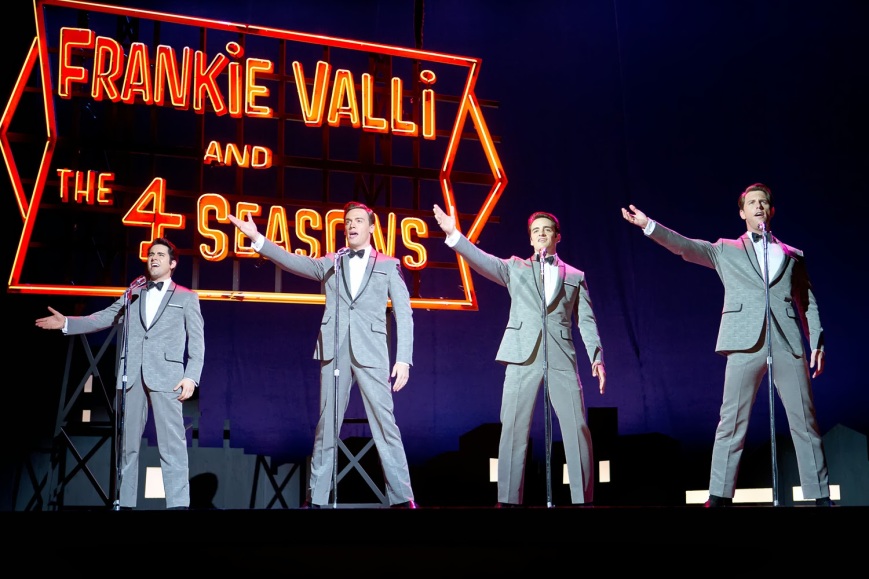 The Four Seasons. Just the name of the popular 1960’s pop-group drums up images of fast cars, slicked-back hair, and soda fountains; iconic pieces of Americana lost to a simpler, bygone era. Director Clint Eastwood’s Jersey Boys, a big-screen adaptation of the Broadway play, looks to capitalize on those fond memories by telling the story of the rise and fall of what was considered to be the most popular rock band of the pre-Beatles era. Critics, however, are singing a different tune.

Jersey Boys opens in theaters nationwide today (6/20), but the movie isn’t being well-received by critics. USA Today‘s Claudia Puig opened her review by saying “The catchy hits by The Four Seasons are indelible, but Jersey Boys, the drab movie based on the Broadway musical about those tunes, is sadly forgettable.” She later states that the movie “comes off like a slightly edgier, more harmonic episode of Happy Days.”

Michael Phillips of the Chicago Tribune states that the film “labors under a case of directorial miscasting” and calls it “uncertainly stylized… with a drab sense of atmosphere at odds with the material’s punchy theatrics.”

Ouch! The reviews are definitely not kind for this jukebox tuner, but one thing that all the critics seem to agree on is the unbeatable magic of the music itself.

Fronted by the legendary Frankie Valley, The Four Seasons skyrocketed to stardom in the 1960’s with Valley’s instantly recognizable and unapologetically falsetto tones leading the charge and setting the group apart from musical rivals such as The Beach Boys. Their unique sound kept them afloat and ensured that they were one of the few American rock groups to survive the British Invasion lead by The Beatles, and in 1990 The Four Seasons were inducted into the Rock and Roll Hall of Fame.

I tend to keep an open mind about movies until I have seen them for myself, regardless of what critics have to say, and Jersey Boys is no different. In my experience movie reviewers tend to be unnecessarily harsh and, at times, almost impossible to please. There’s a reason they’re called “critics,” after all.